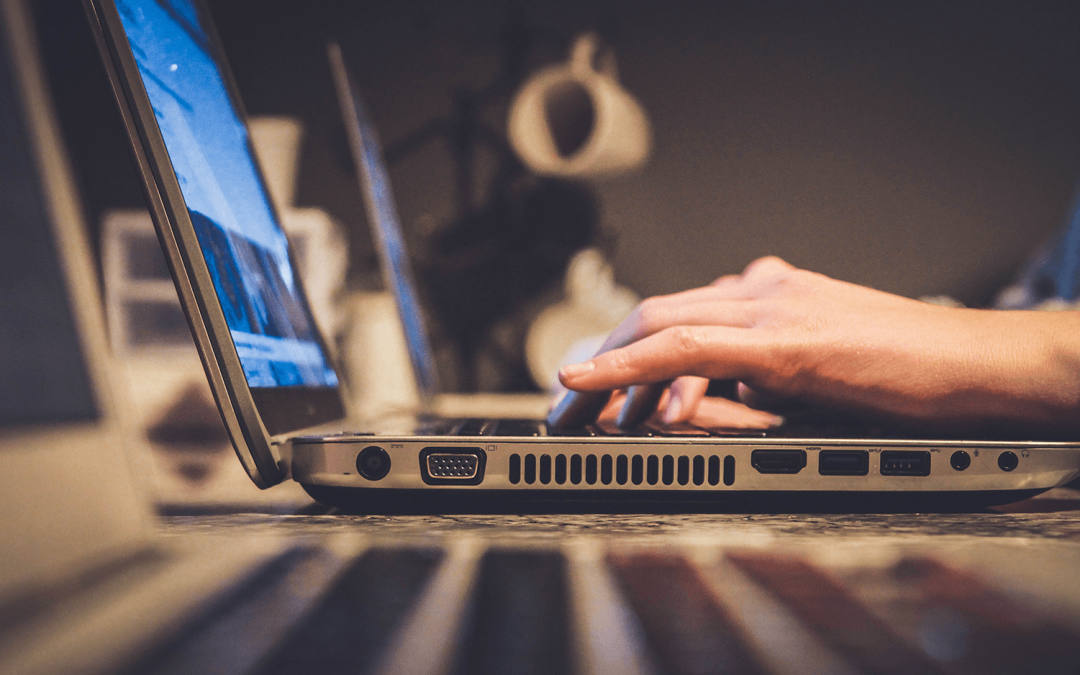 Nowadays, the average person’s attention span is not what it used to be 20 years ago; but you don’t need us to tell you this. Most people feel it in the way that they experience the world now. From the desensitization of certain stimuli to memory loss, an overly stimulating and fast-paced world is changing the way we think.

” … users spend an average of 1.7 seconds with any piece of mobile content on the platform, compared to 2.5 seconds on desktop. Those interactions become even briefer with younger audiences, and they are growing shorter all the time.”

This means that marketers have less and less time to grab a person’s attention. The same goes for those in the political text message marketing arena. 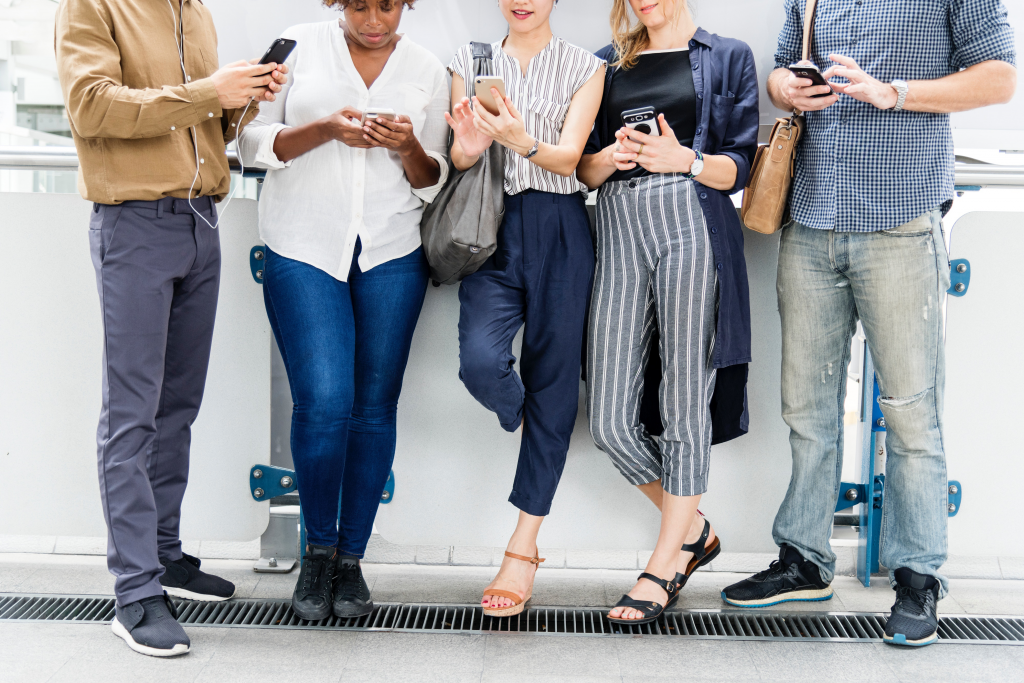 In our blog post titled “Campaign Language,” we outlined the fact that text message marketing can create a huge impact on your political campaign, barring that you do it right.

“To make communication even more personal, politicians are making appearances through voters email and text message inboxes. These methods are the height of intimate communication between a candidate and their voter base, and the language in said messages is reflective of that.

There’s no method of communication more down-to-earth than a text message or email; voters feel like they’re having a real conversation with the campaign, not just because of the messaging but because of the language. When sending text messages, it’s not usually customary to send five-paragraph essays about your cause. Emails and text message marketing forces your campaign to simplify the platform. This is generally more appealing and relatable to the voter.

The Less, The Better

Simplicity is key. Many politicians try to woo voters with flagrant and pretentious displays of intelligence, but voters don’t want to be wooed. They want to be understood, and ultimately leveled with.”

Back in the olden days, politicians and big wigs used heightened language to appear superior, and that’s how they ruled. It’s different now.

Voters need you to walk the walk. When it comes to understanding your constituents, you need to show them that you want them to understand you. This won’t always be achieved by flaunting your intelligence. You don’t need to dumb yourself down, but instead show that you can relate.

In a text, concise language might be the key to relating to your audience. Given the type of sms service that you and your team plan on using, services like SMS Connect offer only 140 characters for you to get your message across. This might actually be for the better.

Use the Simpler Version of the Word

Simply put: if you’re trying to say something, use the least amount of words possible. For example, if you want to say “use,” just say “use.” Don’t try to spice up your sentence by saying “utilize,” as it wastes character space and serves no purpose other than to sound better.

This is a mistake many people make when trying to come across as well-informed or educated. However, sometimes this mistake can be to the detriment of character space, or readability. You have 140 precious characters that need to be used wisely. 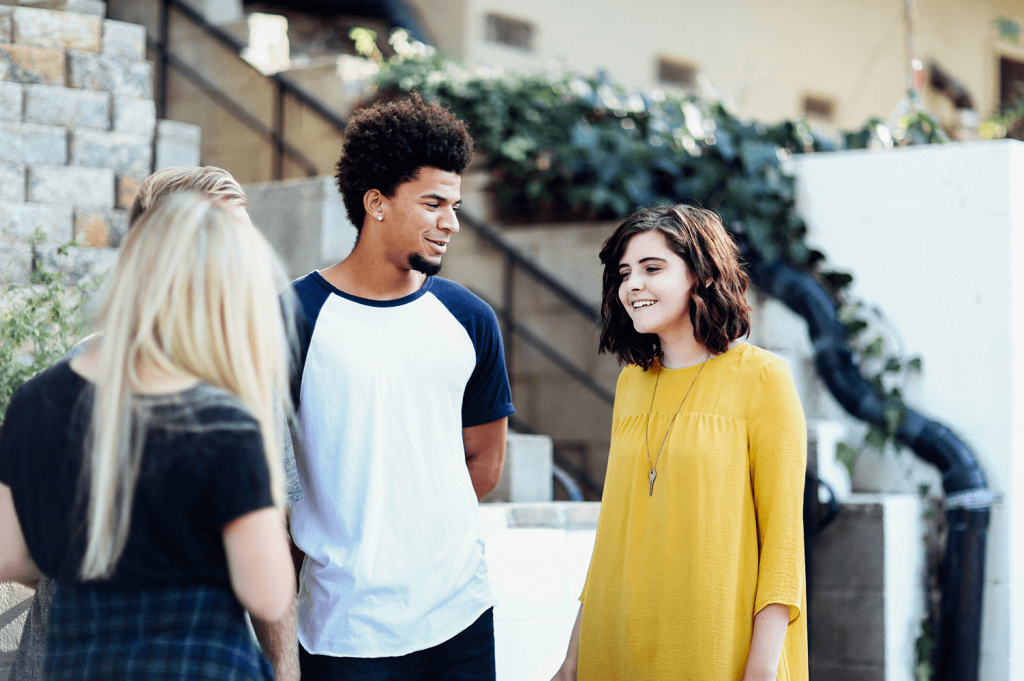 Here is a list, provided by plainlanguage.gov, that can help you connect with your audience and save space. When in doubt, check out this website to give you some key pointers.

Omit these words and phrases:

There are many more shortenings and omissions which you and your team can consider. Click the link for Plain Language above to see more.

After analyzing some of these suggestions, it might make you think about how much filler we use in language to dance around the point we want to make. Maybe we’re meeting a word count, or maybe we’re just trying to sound smart. Either way, there’s no necessity or luxury in language when it comes to fluffing up text messages.

Use the Upside Down Pyramid Method

Commonly used in journalism, the upside down pyramid method is a form of writing where the most important information leads at the top of the body of writing, followed by the decreasingly important. The goal is to put the most urgent information at the top, so that people won’t have to search through the article to find it. Also, in today’s increasingly fast-paced environment, most people’s attention spans lose focus too quickly to even read a full article.

Pick the most important part of your message that you’d like to send, and find a way to migrate it to the top of your message. While you might want to be literary and set the scene, your constituents won’t feel the same way. Don’t write a novel. They’re already getting an advertisement via text message. If you’re going to then force them to sift through information to get to the point, then you’ve lost them.

An added benefit of the upside down pyramid method is that the straightforward approach will reel your audience in. Getting directly to the point is an excellent way to initiate reading. It’s a hook that speaks for itself. You’re not reeling in your audience with a meaningless teaser, you’re reeling them in with pertinent information.

While there has been a longstanding and recently heated debate between the media and politicians, journalists at least have one thing right here. The pyramid method is the way to go. When crafting SMS Messages, you have no other option.

Have Something Interesting to Reach Out About

As said before, reaching out to people through text message can be a hit if you use it correctly. Make sure that when you reach out to constituents, you actually have something to say. If you’re fundraising, or if Election Day is coming up, these are great reasons to reach out. However, if you’re only reaching out to keep your campaign in the mind of your audience, then you’re setting your text message campaign up for failure.

It’s a very common idea in writing, that if you don’t know what your point is, you’re bound to ramble on and not make any sense. If you have a specific point that you’re trying to convey, or a concrete objective, then it’s a bit easier to make messages concise. That way, you know what you’re trying to say, and your biggest concern is wording that message in the best way possible.

Having something to text about means keeping a riveting and on-the-go campaign. Make your followers and constituents the number one priority; be constantly vigilant about finding ways to get them involved. Not only will that help you run a successful campaign, but it will give you more ammo to reach out to them and make sure that they’re involved and ready to vote.

You’ll be sure to win your election if your constituents are at the center of your campaign; that’s all people want in the first place, is to feel noticed. Texting them and keeping in contact with them will achieve this goal.

Running a text message campaign doesn’t mean you need to become an excellent literary force. In fact, it means quite the opposite. Simplifying your language will make you a better candidate in the long run, because it invites an understanding between the voters and you. Instead of talking at them, you talk with them. Instead of being misunderstood, you become comprehensible. Don’t be pedantic, try to be relatable.

The idea of being concise doesn’t mean that you’re “dumbing your campaign down.” It means that you’re becoming more accessible, which in the long run will make you a better legislator, and person. You’ll be perceived as a better listener, and will come across as a better communicator. So don’t let your pride get in the way. Concise is the name of the game.

Yes, they are just text messages; however, it’s important to make sure that your text messages are effective. Being concise in your speech, not beating around the bush, and being intentional about your messages will be the key to success in a text message campaign.