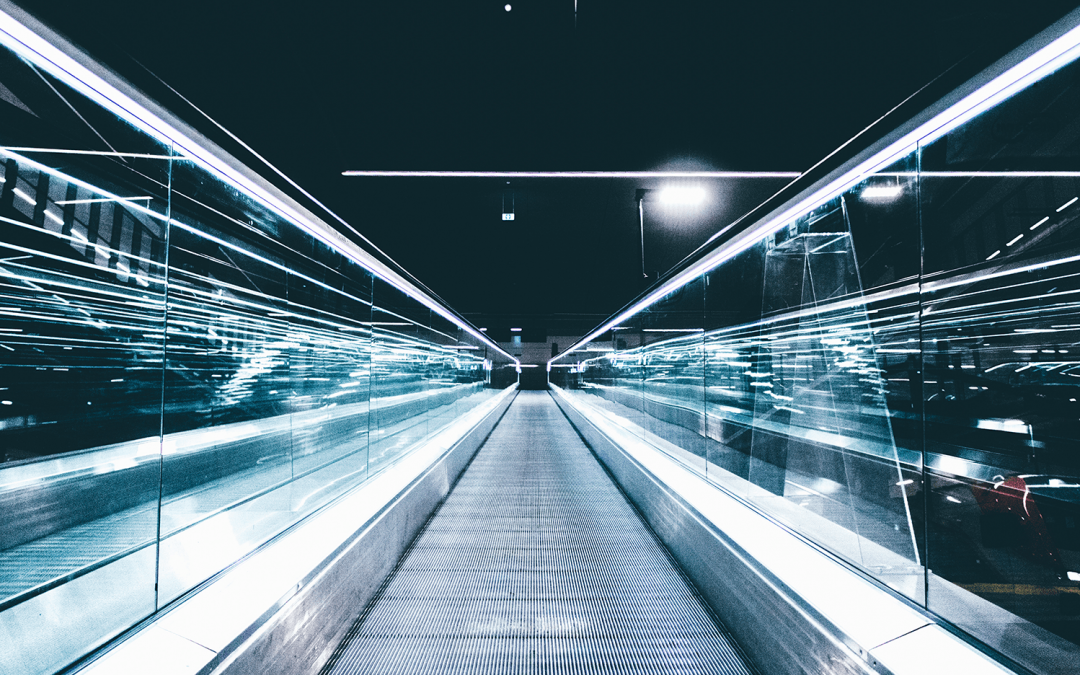 After a whirlwind of breakthroughs in politics, technology, and pop culture, 2018 has finally come to a celebrated end. Whether you spent your last night of the year snuggled up at home, partying with friends, or plugging away in the office, you and your team probably spent some time reflecting and goal-setting.

Did our campaign meet its goals this year? Did we lay the foundation for another win? Or perhaps, how did we dust ourselves off after a loss?

How can we improve our strategy for the year to come? Who and what should we involve to accomplish our goals?

Whatever your team has been stewing over, reflection and forethought is an important part of not only the campaign process, but the process of innovation in general. That’s why we here at sms connect want to dedicate this blog to a reflection and projection of our own. This week, we’re going to take a look back at all that 2018 had to offer in politics and in sms marketing, then look forward to what lies ahead in 2019 and beyond.

At SMS connect, we specialize in text message marketing for political campaigns. This means that we’re innovators and followers of not only technological developments in our field, but political developments in the country as well. So we’re going to take a moment to reflect on the political atmosphere cultivated in 2018, as well as advancements in sms technology.

In the political realm, 2018 was certainly one for the books. It doesn’t take a politician to tell you that. Taking a look back at 2018’s top stories, it’s almost hard to believe that so many groundbreaking events could happen in just one year.

Kicking off the year with prosecutions surrounding the many Trump election scandals, major political motifs of the year seemed to be backfire, and, well, firing back. To not much surprise, the White House sent heat in all directions this year; on a diplomatic scale, it was heat fueling a multi international trade war and increasing tensions at the southern U.S. border.

On a national scale, nothing but scandal surrounded President Trump in 2018. Continuous firing and rehiring of the house staff, off-the-cuff comments in private meetings and on public social media, and lawsuits surrounding assaults and affairs swarmed the president, and in turn affected his presidency.

Citizen-led advocacy came through fiercer than ever in 2018, as people across the nation experienced both grief and triumph. Students from Parkland, FL, Annapolis journalists, and many other Americans lost their lives to gun violence throughout the year, subsequently sparking a renewed anger and response from gun control advocates.

Immigration reform advocates fought even harder after being separated form their children at the Mexican border this summer. And of course, the #MeToo movement gained even more attention as superstars from around the world donned black in solidarity with sexual assault victims at the 2018 Golden Globe Awards. And that barely covers it all.

2018 was ended with a government shutdown, which carried into 2019. On the day this blog was published, the government was still shut down.

Text messaging has made itself an indispensable asset to the modern world.

A Place In Society

As of 2018, “5 billion people [1] around the world have the ability to send and receive messages via SMS,” according to Text Magic. “This is a drastic increase from the 1 billion mobile subscribers in 2003.” Texting has also become the number one used form of communication for people under the age of 50.

Nowadays phones are automatically built with text messaging capabilities, and while carriers used to more frequently sign limited texting contracts with consumers, unlimited talk and text as of 2018 is a common feature to many mobile plans. People have effortlessly integrated text messaging into their lives. The technology’s infrastructure has been fully expanded on; we’ve pretty much reached the peak of what texting can do at this point in time, which is a beautiful thing.

As we’ve discussed in previous blogs, the past, present, and future of marketing are all hinged on the way businesses connect with consumers. This year in text message marketing, we saw much success in general reach to the average consumer.

Text Magic reports that “96% of marketers rated mobile welcome SMS as ‘very effective/effective’ or ‘somewhat effective.'” The nature of text message marketing ensures that your messages will end up in your target market’s inbox, increasing the probability of running a successful marketing campaign.

But with every success comes a few pitfalls.

Using text messages for marketing has proven itself to be an affective tool not only for political campaigns, but for businesses as well. The strategy has helped so many gain interest, loyalty, and new voters or customers. However, there is a crowd of people who have been labeling this effective strategy as a nuisance.

Let’s not kid ourselves– we’ve all been bugged once or twice by a message from a company we’re not interested in; however, we have benefitted from helpful messages that apply to our interests and needs. After putting things into perspective, the bad press surrounding sms marketing has no effect on the heaps and bounds of success that it has brought to businesses and political campaigns.

Text message marketing is still very alive and well, and is looking at a bright future in 2019 and beyond. Keep reading for our predictions for not only politics in 2019, but how sms messaging will make its contribution.

2019 marks the near end of the twenty-teens. It’s a milestone in American culture, and a foreshadow for what the roaring 2020s will bring. The year 2020 itself marks another American presidential election, after many are still in recovery from the vicious race in 2016. This means that in 2019, we’ll see an influx of public figures announcing bids for a presidential run.

The first day of the year already rang in the beginning of this cutthroat competition for the Oval Office, as Dem. Elizabeth Warren announced her interest and intent on running for president in 2020. Technically, she launched an exploratory committee to prepare for an inevitable campaign.

This sparks all kinds of speculation as to who will be next in the lineup: possibly Hillary Clinton again, perhaps another Bernie Sanders run, maybe even an appearance from Michelle Obama or a celebrity like Angelina Jolie. Tom Streyer is also appearing to be a contender in the 2020 election.

However the chips fall, the democrats will come harder than ever this year, building a force to dethrone President Trump in 2020. However, that won’t rule out any GOP challengers. Bill Kristol has shown interest in a campaign, and John Kasich might possibly run for president again for 2020. Maybe our wildest fantasies will come true, and we’ll see Kanye West make a bid for the highest office in the land.

While that’s happening, we predict the trade war will heat up and possibly reach a climax in 2019, an another unfortunate year of political gridlock in congress.

However, while American politics is in a period of wait, sms messaging has a bright future ahead of it, with its secure foundation giving businesses and campaigns the boost they need to keep follower-ship afloat. 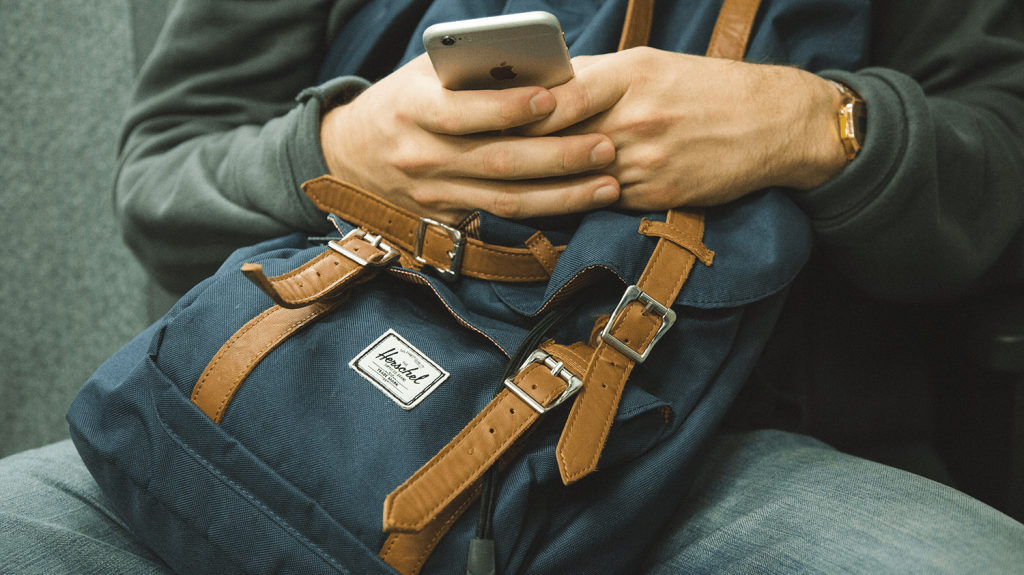 As we mentioned in our 2018 review, text messaging has reached the peak of performance. It’s been fully integrated into people’s lives and daily routines. As mentioned by rcrwireless.com, text message marketing doesn’t have much room for groundbreaking improvement. That’s just because the product is already so effective and indispensable.

The average consumer has their phone on their person at all times, which makes text message marketing one of the most versatile ways to market anything. You don’t necessarily need to lure anyone to a website, or even have them look up at a billboard. You bring the marketing to them, instead of waiting for them to come to you.

It will also come at a low cost to your campaign and the consumer, because text messaging is no longer a wildly expensive feature for anyone anymore. Texting is integrated into mobile plans and rates have been lowered, making text message marketing easy and inexpensive for everyone involved.

In our blog text message marketing for political campaigns, we outlined how all of these excellent features and advantages of sms would benefit your campaign. The great news about 2019 is that these advantages are going to continue bringing success to your campaign for years to come.