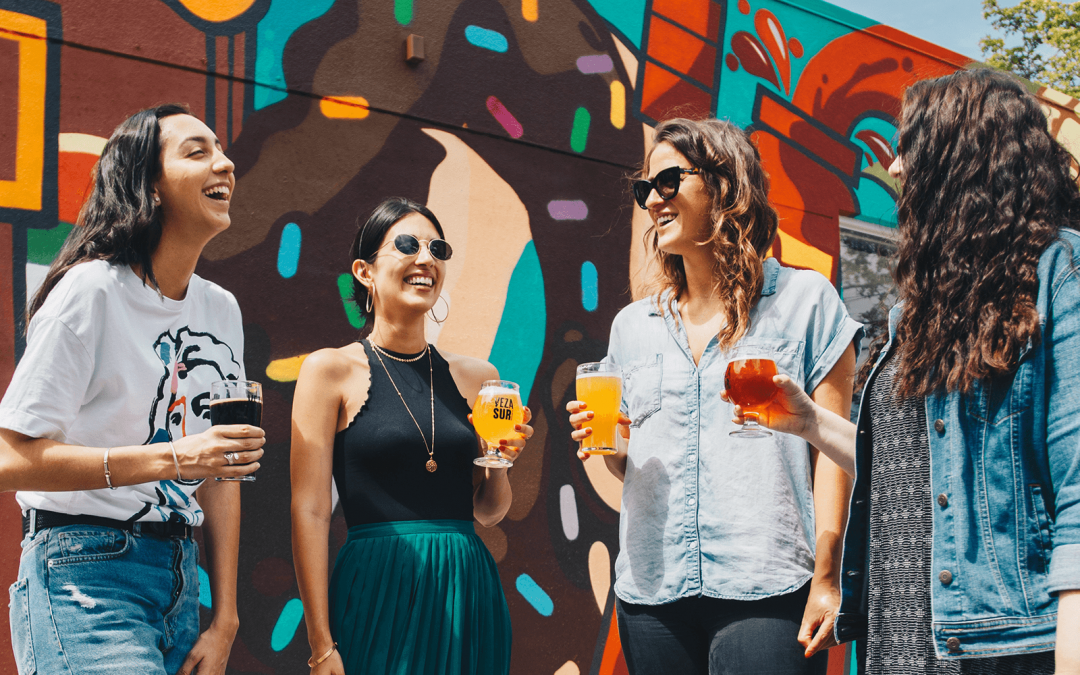 Studies show it. Election results reflect it. As the one of the larger voting pluralities in the US, and soon to be the largest, many youth just aren’t showing up to the polls.

Why is this? Through growing activism and political involvement via social media or grassroots demonstrations, we know they’re educated on and cognizant of the issues.

According to Forbes Magazine, “…millennials are moved by measures championing personal choice—not society, country or planet. Only half of millennials see themselves as patriotic, and less than a third consider themselves to be environmentalists.” This sort of individualistic outlook and emphasis on personal identity is what feeds millennial support for LGBTQ+ rights, feminism, Black Lives Matter, etc.

The problem with voting is that many young people just don’t feel like their individual vote matters.

To some candidates, this poll absence is a one-way ticket to the seat or position they vie for. And for others, it’s death by a thousand empty ballots.

This is why candidates running for office need to reframe their approach. Instead of mischaracterizing young people as apathetic, one needs to analyze the nature of this absence with the same amount of empathy as criticism. They need to understand one thing: nowadays, the millennial vote is something that needs to be earned and not expected.

The key to getting the millennial vote is making them feel visible. It’s making them feel like their personal needs are being addressed and their identities validated. They way you market to them must send this sort of message. Below are seven ways that you and your team can amass a youth-driven vote, and keep that support in office.

The younger generation is a group of digital natives, which means you have to adapt to this standard. Whether it’s via social media, email, or political text messages, anything you can send through a phone or computer is more likely to get the reach and interest you’re looking for.

Social Media is of primary interest, especially if you have a message to share. Content marketing has been proven to engage more viewers, especially millennials who are primarily interested in entertainment or gimmicks. If you can make them stop scrolling on their newsfeeds and engage with a video, post or photo of yours, you’re more likely to motivate them to vote for you. Gear the content toward voting in general, and try to educate them about the process.

Additionally, sending political text messages or election updates directly to phone numbers may give you a millennial response. The main goal here is convenience. There’s nothing more convenient than easily being in contact with a campaign of interest via text message. Grow your contact list, and you can send young people reminders to register, volunteer, and vote when the day is finally approaching.

It’s all about speaking in their language. If you can master the art of digital marketing, you’ll do well with millennials. 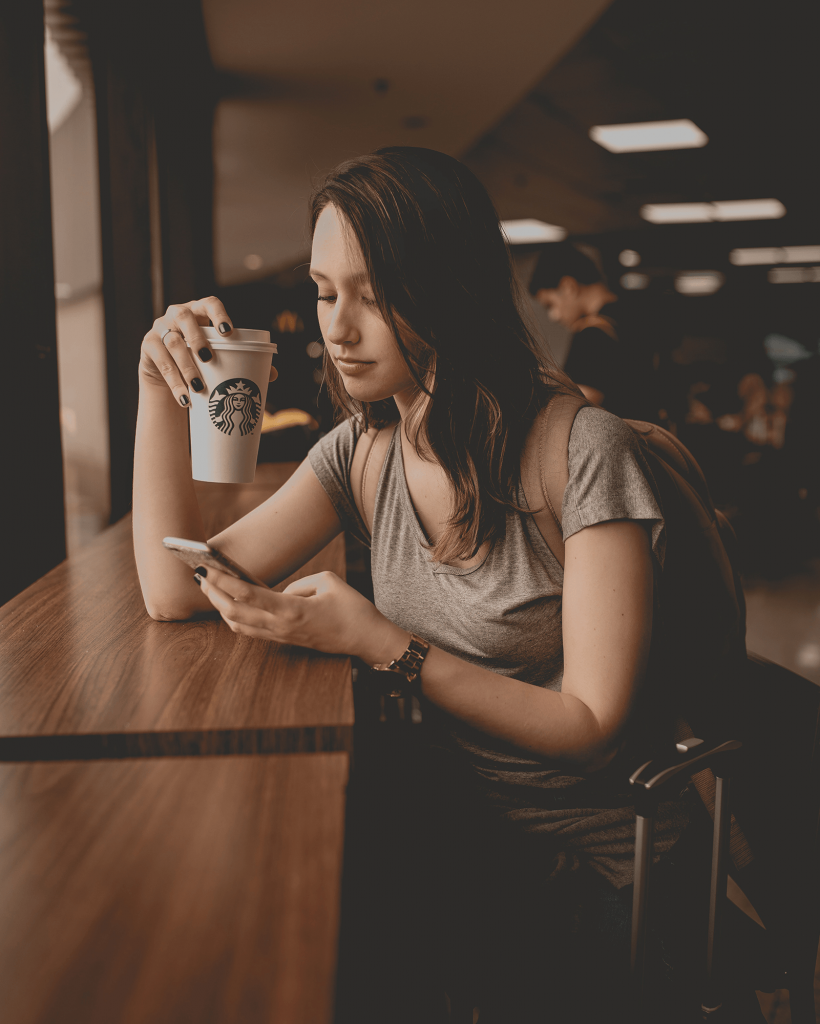 2.  Reach out to parents

While the main focus here is on millennials, it’s important to consider upbringing as a factor in millennial voting (or lack thereof). Many studies show that parental political involvement has a strong effect on political involvement of youth later on, when they’re eligible to vote. Voting in elections is a learned principle, sort of like driving safely or tipping servers. If parents don’t set that standard, many young people will not see a reason to follow it.

This means that while a lot of your energy must go toward enticing youth, you have to put some energy toward the baby-boomer generation as well. Even if an older generation isn’t in support of your campaign, their intent to vote will reflect in their children’s intent to vote. Some might even show up to the polls to be rebellious, and to counter their parent’s vote.

Also try visiting places with low voter turnout across the board. Lead rallies, seminars, and any other type of event to at least get all people out to the polls. Do your part to help the disenfranchised citizen and empower them to vote. Once you do your part in communities like this, the millennial demographic will take notice and follow suit.

Just as with presidential elections– brands, celebrity endorsements, and many other high-profile influencers have monumental clout with the young voter. Many millennials now choose brands based on how they align with their own personal politics. If your campaign is connected to a brand popular with youth, then it’ll be popular on the ballot. Take Nike for example.

When the company came out in support of former NFL player Colin Kaepernick, the media and many in the baby-boomer generation lashed out in disapproval. Many people posted pictures burning their Nike gear out of spite for the company’s political stance. But all of this commotion was met with ridicule from millennials, who continued to support the player and the brand. Nike online sales saw a noticeable increase after this controversial campaign. Kaepernick himself along with Black Lives Matter gained more youth support because of Nike’s high-profile endorsement.

The point is, youth-centered brands will give you power.  Targeting and connecting with these brands will give you credibility with impressionable youth voters. You can also strike a deal with these brands to use their platform to encourage young people to vote, and most importantly, vote for you. If they see that a brand they trust, trusts you, then you’re one step closer to gaining young votes.

As we mentioned before, millennials are highly focused on the individual experiences in society. This is why canvassing is so crucial to earning the youth vote. One-on-one conversations with young people, spearheaded by your team of volunteers will ensure that millennials get the personalized experience that they crave. Your foot-soldiers are able to take your platform and present it in a way that applies to each individual young person that they speak to. Canvassing makes your campaign about the voter, and not just about you.

In order to see through this connection to individualism, you need to be strategic about when and where you canvass.

When planning your routine for canvassing, make sure to include urban areas with high youth populations. Also make sure to visit college towns and places with educated young people who are more likely to vote. Get a head start on canvassing, as you should do when trying to reach any demographic, but especially because of how highly sought-after the millennial vote is. You don’t want to get there after your opponent has.

2016 independent candidate Bernie Sanders has a lot of success with the millennial demographic by using this tactic: rallying! And not just rallying, but making rallies fun events that voters can get amped up at. Rallies can operate like concerts or festivals, two common events that most young people thrive at. As long as you cultivate a welcoming, and high-energy atmosphere, young people will flock to hear you speak.

Be engaging. Bernie Sanders, next to his voice and general demeanor being almost caricature-like, is an excellent and energetic speaker. Former President Obama is as well, and each of these men had astounding support from young people in their campaigns. Many politicians suffer the millennial vote by not being intriguing public speakers, like republican John Kasich in the 2016 primaries. Had he been a little more engaging, and focused on production during his events, he could have lured a more youthful following.

Overall, it’s important to create a party-like atmosphere. It shows that you can connect with young people, and that you’re connected to the culture. Just don’t try to force it. 2016 presidential candidate Hillary Clinton gained much backlash for what some perceived as hamfisted youth-pandering. Be fun, but be authentic.

Finally, show young people that you value and prioritize them by making appearances at schools. Whether it’s the local high school or an accredited higher ed institution, having a captive audience is a great way to gain millennial support and most importantly, educate.

Visiting a school can gain you all of the moral support you want, but you’ll definitely want to emphasize the voting process. If young people don’t actually vote, you might as well stop while you’re ahead. Make it a priority to give tips on how to register, how to research the facts, and how to get involved in the election process in general.

Giving a clear and coherent outline of voting and its impact can give millennials the confidence they need to register. You could even bring volunteers to help them register at the end of or during your visit. Kill two birds with one stone by promoting your campaign as one that values young people, while also helping them register to then go and vote for you.

All in all, driving millennials to the polls is a job that everyone in politics should take very seriously. Even if millennials don’t end up voting for you, it is your duty as a civil servant to promote the democratic process.